Get Neohesperidin Dihydrochalcone Price
Previous
Next 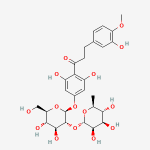 What is Neohesperidin Dihydrochalcone?

Neohesperidin dihydrochalcone (NHDC) is a brand-new sort of sweetener acquired by hydrogenation of neohesperidin extracted from all-natural citrus plants. It has high sweetness, good taste, lasting aftertaste and also low calorie., non-toxic, great security as well as other attributes, is the most eye-catching new sweetener and bitterness securing representative, widely made use of in the food market as well as feed industry.

Naringin (Naringin), Hesperidin (Hesperidin) and Neohesperidin (Neohesperidin) are all-natural flavonoids, which have the features of easing cough as well as minimizing phlegm, reducing blood lipids, anti-oxidation, anti-aging, anti-cancer, anti-cancer, anti-allergic, as well as the prevention of atherosclerosis and various other solid organic activities, as well as it is likewise a vital basic material for the synthesis of dihydrochalcone sugar, which has a wide range of applications in food, chemical and also pharmaceutical sectors. Hesperidin is mostly derived from the peels of all-natural plants such as tangerine peel, green peel, aurantium and other all-natural plants such as Rutaceae (Citrus).

If you want to buy neohesperidin dihydrochalcone, pls contact us to get a free quote.

Neohesperidin dihydrochalcone can be included in food, medication as well as feed as a flavoring agent to secure bitter taste. Neohesperidin dihydrochalcone likewise has the feature of changing the taste of the product itself, including the adjustment of the preference and taste of the product. NHDC has a superb effect of improving taste. This product can be made use of as a sugar (or seasoning agent) in the food market, pharmaceutical market as well as feed sector, and has superb use in tastes as well as scents. Adding this substance sweetener item to animal rations can greatly enhance the taste and also palatability of the feed, and the NHDC and vanilla flavors in the sugar can mask as well as improve specific active ingredients in the diet plan (such as particular proteins). Raw materials, vitamins, steel ions, as well as some pharmaceutical components, etc) have an undesirable bitter and also astringent preference, therefore raising the hunger of young animals as well as advertising their growth.

Neohesperidin dihydrochalcone is an extremely crucial flavonoid substance, which is acquired from basic materials drawn out from Rutaceae through transformation and also hydrogenation. It is an eco-friendly artificial additive. Compared to various other sweeteners, it has a sweet preference. The preference is high, the aftertaste lasts for a long period of time, the stability is excellent, the calories are reduced, and also there is no unfavorable result on the blood lipid degree and blood sugar degree of the human body.

As a new type of natural high-intensity sweetener, NHDC has high sweetness, no calories, and high safety. It is known as a “nearly perfect” sweetener, and its application range is gradually expanding. The application of the instant extraction technology at room temperature and high pressure saves 50% of the extraction solvent consumption, reduces the extraction time by 80%, reduces the energy consumption by 30%, and increases the yield by more than 20%. The technical application of membrane concentration solves the problem of high concentration energy consumption in production, reduces energy consumption by more than 50%, and retains its heat-sensitive active ingredients. By adding 10~20 glucose groups to the branched chain through enzyme technology, the problem of low solubility of NHDC in cold water is solved, and the application scope of NHDC is greatly expanded.