Get L-Lactide Price
Previous
Next 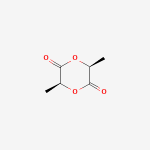 Lactic acid: Lactic acid was first extracted from milk and is a carboxylic acid, which belongs to alpha-hydroxy acid and is classified as “fruit acid”. Common fruit acids include glycolic acid, citric acid, mandelic acid and so on. Low-concentration fruit acid has the effect of exfoliating the stratum corneum and improving rough and dull skin. The high concentration of fruit acid can act on the dermis layer, stimulate the new generation of collagen, and have certain freckle and wrinkle removal effects.

L-lactic acid: If you have studied chemistry, you will know the concept of “chirality”, which means that two molecules are in a mirror image state, just like our left and right hands. Lactic acid is chiral, one is called L-lactic acid (L-lactic acid) and the other is its mirror image called D-lactic acid. Although it is the same molecule, the effect of different chirality is completely different. L-carnitine, for example, can speed up calorie consumption, while its mirror image, D-carnitine, is toxic to the human body.

If you want to buy l-lactide, pls contact us to get a free quote.