Get L(+)-Ascorbic Acid Price
Previous
Next

Ascorbic acid is known for its antioxidant homes. It is a molecular bond made up of carbon, hydrogen, and oxygen. The majority of people recognize with L-ascorbic acid, usually referred to as vitamin C. When not in vitamin form, ascorbic acid is typically used to create movies. Ascorbic acid is conveniently oxidized, however it can prevent damage to various cells, so it is called an antioxidant. It must be stored in an awesome dark place. Do not store in any kind of metal container as it can oxidize steels that come in contact with it.

As a form of vitamin C, ascorbic acid as soon as played an important duty in preventing scurvy from lengthy sailing trips. For example, to stop scurvy, seafarers as well as travelers were provided oranges abundant in vitamin C. Although many animals can manufacture ascorbic acid normally, human beings as well as primates do not have this ability. Many fruits like citrus, cauliflower, spinach, and also cranberries are also excellent sources of ascorbic acid.

If you want to buy l(+)-ascorbic acid, pls contact us to get a free quote.

The Role and Efficacy of Vitamin C

What is the role of vitamin C? Top medical journals give answers one by one!

The study pointed out that the TET2 mutation gene is a common type of gene mutation in leukemia, which can promote the transformation of normal cells to cancer cells. Vitamin C can significantly inhibit the proliferation of hematopoietic stem cells, reduce the level of white blood cells, and inhibit the process of leukemia.

In 2017, the medical journal Cancer cell published a study on vitamins. Studies have found that vitamin C may have the effect of inhibiting cancer cells. The study found that high-dose vitamin C in the treatment of cancer has been tested by phase I clinical trials. It is safe to routinely inject 800-1000 times the recommended daily average vitamin C content into brain cancer and lung cancer patients, and can change intracellular Fe (iron). ) metabolism, inducing the production of reactive oxygen species, causing specific DNA damage in cancer cells to cause cancer cell death, and achieving effective cancer treatment. After treatment, the patient’s survival was significantly prolonged, and the tumor was significantly smaller. 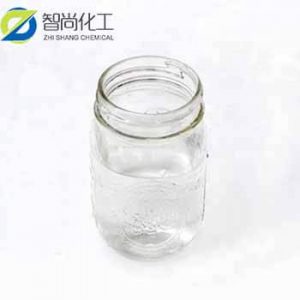