What is Hydroxypropyl Cellulose?

Hydroxypropyl cellulose is a white or beige powder, insoluble in benzene as well as ether at room temperature level, soluble in polar organic solvents such as water, methanol, ethanol, isopropanol, as well as can be utilized in medicine, paint, cosmetics, food and Papermaking and also other fields.

Hydroxypropyl cellulose (HPC) is a chemical material with the chemical formula C3.H7 which is the ether of cellulose. It appears as a white to light creamy powder. It is developed when a few of the hydroxyl teams in consecutive sugar devices are hydroxypropylated. Hydroxypropyl cellulose is primarily made use of as an active ingredient in pharmaceutical items where treatment must be taken throughout production to stay clear of corrosion of process vessels.

Hydroxypropyl cellulose (HPC) is a derivative of cellulose, which is soluble in water and natural acids. It executes well in maintaining water and preventing water loss. It can be utilized to deal with conditions connected to inadequate tear secretion, such as dry keratoconjunctivitis, recurring corneal disintegration, decreased corneal level of sensitivity, exposure as well as neuroplegic keratitis. It is also made use of as a lubricant for man-made eyes. It can additionally be utilized as thickener, solution stabilizer as well as adhesive. Furthermore, it can additionally be used as a screening matrix for DNA splitting up by capillary as well as microchip electrophoresis. It is additionally the main component of Cellugel for book conservation.

If you want to buy hydroxypropyl cellulose, pls contact us to get a free quote.

Low-substituted hydroxypropyl cellulose L-HPC is insoluble in water and swells into a colloidal solution in water; it is also insoluble in ethanol, acetone or ether, and has the characteristics of easy compression molding and large expansion volume. It is mainly used as a tablet dry binder And disintegrants are widely used in China.

For dry processes, such as direct compression and dry granulation, the plastic deformation of the binder is an important factor affecting the dry bonding effect. Compared with other dry adhesives, HPC has a lower glass transition temperature and is more likely to produce plastic deformation. Coupled with a relatively small particle size, it can have more bonding surfaces with materials, resulting in better bonding. Adhesive effect.

For the wet granulation process, in order for the binder solution to exert the best bonding effect, the solution needs to be well spread on the surface of the material, that is to say, the binder solution must have good wettability to the material. . Table 1 shows the wettability of different solutions to the naproxen formulation. It can be seen that the HPC solution has a smaller contact angle and better wettability for hydrophobic materials, so it can form a relatively uniform layer on the surface of the material. Binder film to improve granulation effect. The final compressed tablet hardness also showed that the HPC solution prepared the naproxen tablet with the highest mechanical strength.

It can be seen that whether it is a dry process or a wet process, HPC can be used as the preferred tablet binder. The good plastic deformation of HPC can be used to improve the prescription of tablets with poor compressibility and prone to capping, and can also improve the granulation effect of brittle materials, reduce fine powder, and increase the yield of granules.

Hydrophilic gel matrix system is the most commonly used in modern oral sustained and controlled release system, mainly because its process is relatively simple, mature and does not require special equipment. Hypromellose, hydroxypropyl cellulose, sodium alginate, xanthan gum, polyoxyethylene, etc. are commonly used hydrophilic gel skeleton materials. The gel formed by medium and high molecular weight HPC can better control the drug release. Generally speaking, HPC with fine particle size can hydrate faster and form a gel layer faster, which is beneficial to achieve the purpose of controlling drug release and inhibiting burst release in a short period of time.

The isoproterenol hydrochloride sustained-release tablets developed by YOSHIHARU et al. use spray drying technology to mix HPC and lactose. The hardness and disintegration time of isoproterenol hydrochloride sustained-release tablets increase with the increase of HPC content. As the molecular weight of HPC increases, drug release slows down. The molecular weight and dosage of HPC are important factors affecting drug release rate, even decisive factors.

For high-dose and highly water-soluble compounds such as metformin hydrochloride, if it is necessary to prepare a hydrophilic gel matrix tablet, a large proportion of polymer is usually required, which brings great difficulties to administration. If HPC is used as the carrier and prepared by hot-melt extrusion, tablets with lower porosity, better sustained-release effect and larger drug loading can be obtained. Due to the good thermoplasticity and low glass transition temperature of HPC, the smooth progress of the hot-melt extrusion process can be ensured when preparing metformin hydrochloride sustained-release tablets with high drug loading.

In addition, because HPC has a low glass transition temperature and good thermoplasticity, it can be operated smoothly without adding plasticizers, and it is a good carrier for hot-melt extrusion technology.

For mucoadhesive drug delivery systems, it is very important to ensure the residence time of the formulation at the site of administration. Wu Yunjuan et al. added HPC to Panax notoginseng saponins nasal spray, prolonging the residence time of the preparation in the nasal mucosa, increasing the drug absorption, and overcoming the low bioavailability of oral preparations, and the safety and patient compliance problems of injections. . An effective local chemotherapy method to treat superficial bladder cancer and prevent tumor recurrence is to infuse the bladder with anticancer drugs, usually an aqueous solution of anticancer drugs, which not only requires repeated and large-dose infusions, but also may cause bladder irritation, hematuria, Side effects such as bladder atrophy, and drug resistance is easy to develop, and the curative effect is poor. In order to solve the problem that Zhao Guofang and others used the mucoadhesive agent HPC and the anticancer drug MMC to make a mucoadhesive anticancer drug, MMC relies on the mucoadhesive effect of HPC, and can stay in the bladder for a long time, making the half-life of MCC in urine Prolonged by 4.7 times, which may improve the curative effect and reduce the dosage and frequency of drug application.

Due to its good plasticity and film-forming properties, HPC is also widely used in film coating formulations. For the membrane control agent, HPC can not only act as a porogen, but also as a plasticizer. In addition, HPC has many applications in suspension and thickening.

HPC is an important non-ionic water-soluble cellulose ether, and its excellent properties are as follows:

If you have a demand for hydroxypropyl cellulose and related products, please contact our service staff Zhishang Chemical – White directly, and we will provide you with high-quality products at the best price. 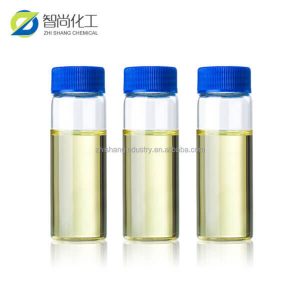 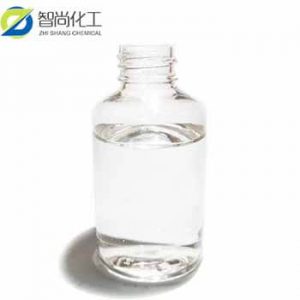 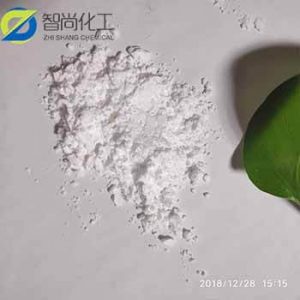 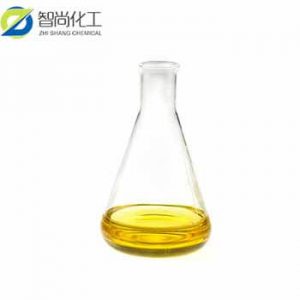