Get Hydroxyacetone Price
Previous
Next 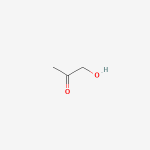 ChEBI: Acetone in which one methyl hydrogen is replaced by hydroxyl.

Hydroxyacetone is an endogenous metabolite. Colorless liquid. Freezing point – 17 ℃, boiling point 145-146 ℃, 96-97 ℃ (20kPa). Soluble in water, ethanol and ether. It is found in beer, tobacco and bee density. This product is unstable, methanol can be added to make the base stable.

Hydroxyacetone, also known as acetone alcohol, is an organic chemical substance with the molecular formula of CH 3C (O) CH 2OH. It is composed of primary alcohol substituents on acetone. It is a α- Hydroxyl ketones, also known as ketone alcohols, are the simplest hydroxyl ketone structures. It is a colorless distillable liquid. It is commercially produced by dehydration of glycerol. Hydroxyacetone is commercially available, but it can also be synthesized on a laboratory scale through the substitution reaction of bromoacetone.

Hydroxyacetone is a chemical reagent used in various organic chemical reactions. It is a component of Mannich reaction, and amino acids catalyze direct asymmetric hydroxyaldehyde reaction. In the field of medicine, the compound is used to synthesize imidazole compounds, which can be used as effective oral antihypertensive drugs.

If you want to buy hydroxyacetone, pls contact us to get a free quote.

Take potassium hydroxide, anhydrous methanol and ethyl formate to reflux together for 2h to prepare methanol solution of potassium formate. Heat and reflux it with bromoacetone, react for 16h, cool down to 0 ℃ after reaction, filter out potassium bromide, distill the filtrate, collect 40-43 ℃ (1.6kPa) fraction, and obtain hydroxyacetone in 54-58% yield. 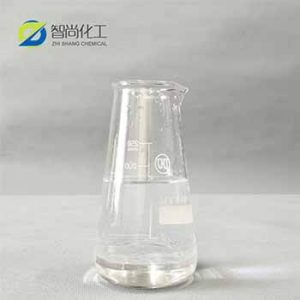