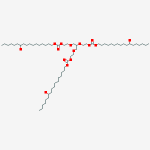 What is Ethoxylated Hydrogenated Castor Oil?

Hydrogenated castor oil can be obtained by hydrogenation technology (usually catalyzed by nickel-copper diatomite as a carrier), which can not only increase its melting point, increase the content of solid ester, but also improve its oxidation resistance, thermal stability, and color. and smell.

Hydrogenated castor oil is prepared according to the method of esterification. Its main component is 12-methyl polyether triglyceride, which belongs to light yellow or milky white powder. It can be slightly soluble in dichloromethane, not in petroleum ether, and not in water. Its main use is relatively common. It is often used as a sustained-release agent or an emulsifier in the pharmaceutical preparation profession, and is often used to treat suppositories, tablets, and pills.

If you want to buy ethoxylated hydrogenated castor oil, pls contact us to get a free quote.

Specifically, most of the drugs with strong optical activity (strong water absorption) and drugs that are very likely to cause spots in the whole process of tableting candy can use hydrogenated castor oil as a lubricating fluid, which can not only have a moisturizing effect, but also It can prevent the effect of sticking and flushing, and also has the effect of hydrophobicity, which is not easy to cause spots.

Cultivation substrate as cream or suppository

Various vegetable oils such as castor oil, salad oil, edible oil and its camellia oil are often used as organic solvents or oil-phase cultivation substrates in the pharmaceutical preparation profession, but the long-term reliability of the pharmaceutical preparation profession is affected by the easy air oxidation and deterioration of edible oils. , according to the problem that edible oil is easy to be oxidized and deteriorated by air, it is found that after the edible oil is esterified, the commodity is not easy to be oxidized and deteriorated by air, and its vegetable oil characteristics do not change significantly.