Packaging: 25 kg in on fiber drum

1. p-Chloroaniline dissolved in chloroform and saturated aqueous sodium carbonate solution, dropping 2,2-dimethyl propionyl chloride. After adding, the mixture was stirred at room temperature, and the solid was collected by filtration. The filtrate was separated and the separated chloroform layer was washed with brine, dried and concentrated. The concentrated material was recrystallized from the boiled ethyl acetate-hexane with the solid obtained above to give N-2,2-dimethylpropionyl p-chloroaniline. The organic compound was separated from each other by adding hydrochloric acid and ethyl acetate. The organic layer was washed with brine, dried, and dried under reduced pressure, and the residue was dissolved in tetrahydrofuran.

The resulting material was refluxed in hydrochloric acid, cooled, added with ethyl acetate and adjusted to basic with concentrated ammonia. The organic layer was separated, washed with brine, dried and concentrated to give 2-trifluoroacetyl-4-chloroaniline. The cyclopropylacetylene is dissolved in tetrahydrofuran and the ethyl ether solution of ethyl magnesium bromide is added dropwise. After completion of the reaction, 2-trifluoroacetyl-4-chloroaniline is added and a saturated aqueous solution of ammonium chloride is added dropwise. Extracted with ethyl acetate.

The extracts were combined, washed with brine, dried and concentrated to give the alkylated product. And carbonyl diimidazole was dissolved in anhydrous tetrahydrofuran. The solvent was then distilled off under reduced pressure, and ethyl acetate and water were added. The aqueous layer was extracted with ethyl acetate. The extract and the organic layer were combined, washed with hydrochloric acid, saturated sodium bicarbonate and brine, dried and concentrated under reduced pressure to give racemic efavirenz. Reacting it with (-) camphyl chloride in methylene chloride and then adding hydrochloric acid in n-butanol to isolate the optically active efavirenz. 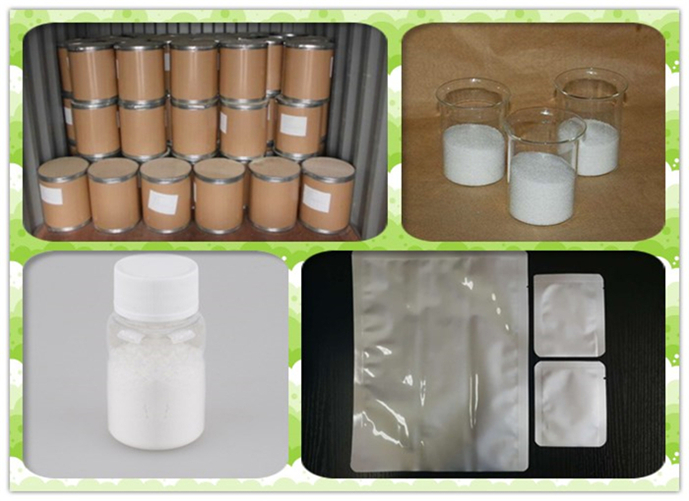 We strictly complying with ISO9001 and ISO 2000 standard in manufacturing process, our lab and workshop tightly in accordance with GMP standard.

1.Cooperate with research institutions, we strictly control the process from raw material to finished product.

3.We can send the goods to your delivery address directly. It is relatively safe and fast. We have ready goods in stock.
4.Quick and clear response to customers questions.
5.Warm after sale service, we will help to solve the problems in your usage.
5.We could make our price discount if you place a substantial order with us.