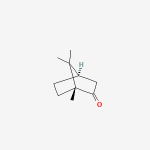 What is White Camphor Essential Oil?

Camphor is a colorless glassy solid. It has a penetrating characteristic smell. Camphor oil is an essential oil obtained by steam distillation from the stems, roots, branches and leaves of camphor trees. It is colorless or light yellow to reddish brown oily liquid with strong camphor smell.

In addition to camphor, camphor oil also contains camphor, eucalyptus, camphorene, eugenol, etc. After extracting camphor, the remaining aromatic oil is commonly known as camphor oil. White camphor oil, red camphor oil, blue camphor oil and other products with different uses can be obtained through fractional distillation. Camphor oil is mainly used to prepare soap spices and drugs. It is also used to make varnishes and shoe polish. At present, the extraction of camphor oil mainly uses steam distillation, but there are shortcomings of low extraction rate and low quality.

Camphor oil is one of the color matching oils used in overglaze colors. It is refined from camphor resin. Light yellow, volatile, strong camphor flavor. Ceramic painting: “When painting new colors, it is easy to make the oil spread out, the pen is loose, and it dries quickly after painting. It is rarely used in painting pastels, and only used in freehand brushwork. Sometimes it is also used to spread dry pens, or wipe away the residues consolidated in the dish, or wipe away the dried waste lines on the screen. Camphor oil must not be mixed with frankincense oil. If you use frankincense oil containing camphor oil to wash and dye the color, it will wash away the lines of the screen.

If you want to buy white camphor essential oil, pls contact us to get a free quote.

The special fragrance of camphor oil can not only prevent insects and repellents, but also have functions such as healing wounds and deodorizing, and has a wide range of uses. Dip the camphor oil with cotton, make camphor cotton balls, and put them in the piano, or in wooden furniture, wardrobes, and carding tables to prevent insects and cockroaches. Apply camphor oil along doors, windows and walls to prevent cockroaches from entering. But camphor oil is volatile and easy. Examples of its application are as follows:

A kind of extraction method of camphor oil, concrete steps are as follows: