Get Octanoic acid Price
Previous
Next 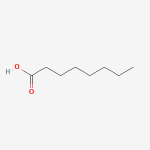 What is Octanoic acid?

Octanoic acid, C8H16O2, also known as hexylacetic acid, n-octanoic acid, octanoic acid and also octanoic acid, is a colorless oily fluid with minor unpleasant odor as well as burning and rancid preference. It is just slightly soluble in water (68 mg per 100 ml at 20 ° C). It is a natural ingredient of coconut oil, Hand Nut Oil and butter fat. A trace quantity of octanoic acid was also discovered in beer, brandy extract, crucial oil of fermented Russian red tea as well as raw soybeans. It is utilized in the manufacture of drugs and dyes.

Octanoic acid is the typical name of 8 carbon saturated fatty acid, and the system name is octanoic acid. It normally exists in the milk of various creatures and is a trace component of coconut oil and palm bit oil. It is an oily fluid, slightly soluble in water, with a mild rancid preference. Octanoic acid is a tool chain fat. There are 8 carbons in its chain, so it is also called octanoic acid. Octanoic acid is taken into consideration to be an important fatty acid and important for correct feature of body. Absence of it can result in memory or focus problems.

The other two acids are named after goats: caproic acid (C6) and decanoic acid (C10). Together with octanoic acid, these account for a total amount of 15% of goat milk fat.

If you want to buy octanoic acid, pls contact us to get a free quote.