Get Methyltrimethoxysilane Price
Previous
Next 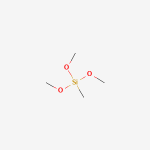 Methyltrimethoxysilane is a kind of multifunctional organic silane coupling agent, because its three alkoxy groups can be hydrolyzed. In addition, it contains a methyl group, which gives the product organic properties. Its function, like other silane coupling agents, is to combine two materials with different properties by chemical methods through its two reaction functional groups. Therefore, it is mostly used in the composite material industry. Methyltrimethoxysilane is mainly used for the surface hydrophobic treatment of glass fiber and the surface treatment of plastic laminated products. The addition of silane coupling agent in the products is only 0.5% ~ 4%, which can greatly improve the thermal deformation temperature of the products and improve the mechanical, electrical and processability of the products. Therefore, it is an important auxiliary in aviation, aerospace, military, medical and health, civil and other aspects, and has great market potential.

If you want to buy methyltrimethoxysilane, pls contact us to get a free quote.

Methyltrimethoxysilane is extremely miscible with common organic solvents, such as alcohols, hydrocarbons and acetone. It is virtually insoluble in neutral water and responds gradually to create silanol as well as greater condensation items. The enhancement of hydrolysis driver (not natural/ natural acid, ammonia or amine) significantly increased the hydrolysis of methyltrimethoxysilane.

As a filler modifier, methyltrimethoxysilane is primarily utilized to make a vast array of surface areas and also products water resistant (such as mineral filler, pigment, glass, paperboard). Using ideal blending devices, it can be used to deal with the filler in pure or remedy form. It might be essential to first pretreat the substratum with water as well as/ or driver. It is likewise utilized to create silicone resin as well as condensation treated silicone rubber, and also is an essential component of sol-gel system.

As one of the most typical alkoxy crosslinking agents, methyltrimethoxysilane is extremely responsive, and also nucleophilic substitution usually takes place in the presence of acid or base stimulants.

A method for preparing methyltrimethoxysilane, the ratio of methyltrichlorosilane and methanol in a molar ratio of 1:1.01 is dripped into a mixing reactor at 20°C, the dripping rate is controlled at 20Kg/hour, and the temperature is 75°C. Under the reaction, the HCL was driven out by refluxing until the temperature reached the boiling point of methyltrimethoxysilane at 104 ° C, which was stable for 1 hour; it was lowered to room temperature and neutralized to a ra value of 8.0 with a reactant of methanol and sodium metal. 5 。 Set, take the supernatant liquid distillation, at 103.5. C starts to go out product, namely obtains product; The obtained product methyltrimethoxysilane is colorless transparent liquid, product content 98.5%, CL content 10PPm.