Get Cordycepin Price
Previous
Next 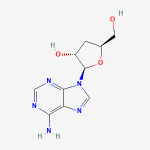 In 1951, German scientist Cunningham purified a crystal from Cordyceps militaris and named it Cordycepin. Since then, the anti-tumor, anti-virus, extraction and purification of cordycepin reported in foreign literatures have all been taken from cordyceps, rather than cordyceps containing only trace amounts of cordycepin.

Cordyceps sinensis is the main active component in Cordyceps sinensis (especially nucleoside). It belongs to nucleoside drugs, purine alkaloids, and is also the first nucleoside antibiotic isolated from fungi. It has become one of the leaders of modern biomedicine due to its special efficacy in repairing cells and protecting the genetic code of life. Cordycepin is a natural drug, which has many pharmacological effects, such as anti-tumor, anti-bacterial, anti-virus, immune regulation, scavenging free radicals, and has good clinical application prospects. At present, the study of cordycepin is becoming a very active field in the field of pharmaceutical chemistry.

As a structural analog of adenosine, cordycepin can inhibit Bacillus subtilis, Mycobacterium avium and Ehrlich ascites tumor cells, inhibit the RNA and DNA synthesis of cancer cells, so it has a strong inhibitory effect on human nasopharyngeal carcinoma. KD) cells. The cordycepin used in clinical practice is mostly used as an adjunctive therapy for malignant tumors, and more than 91.7% of patients have improved clinical symptoms; It is mainly used for the treatment of patients with malignant tumors such as nasal cancer, laryngeal cancer, lung cancer, leukemia and brain cancer.

Cordycepin is extracted from Cordyceps sinensis, and is the active substance with the most nutrients in Cordyceps sinensis. Its main components are cordyceps polysaccharide, cordyceps acid and cordyceps SOD, which are natural nutrients with high health functions. It can activate dormant cells, repair diseased cells, reproduce new living cells, remove dead cells, and has important value in improving immunity, anti fatigue and improving body energy.

If you want to buy cordycepin, pls contact us to get a free quote.

At present, it is known that most Cordyceps fungi contain cordycepin, which obviously plays an important role in the anti-tumor effect. Jagger believes that there are 3 reasons why cordycepin in Cordyceps fungi inhibits tumorigenesis:

In 1977, Müller et al. found that cordycepin had a strong inhibitory effect on the proliferation of L5718Y cells, with an ED50 of 0.27 μg; this inhibitory effect could be canceled by adenosine, but 2′-deoxynucleoside could not be canceled; with tritium The labeled Cordyceps assay showed that cordycepin could penetrate into RNA but not DNA, and cordycepin could be phosphorylated to 3′-ATP in cells; 3′-ATP had effects on DNA-dependent DNA polymerase α and β activities in L5718Y cells It has no effect, but has a strong inhibitory effect on nuclear Poly(A) polysaccharides, which will inevitably lead to mRNA maturation obstacles, which can affect the formation of mRNA and protein synthesis. The anti-tumor effect of cordycepin may be related to this mechanism. In 1997, the United States has used cordycepin in phase III clinical trials for the treatment of patients with acute pre-B and pre-T lymphocytic leukemia. At the same time, cordycepin also showed strong antifungal, anti-HIV virus and selective inhibition of shuttle. Bacterial activity.

In 1985, Jiang Ping used in vitro experiments to observe the cytotoxic effects of Cordyceps sinensis and cultured mycelium (Qinghai) on ECA cells. Results For ECA cells cultured in vitro, the total staining rate was 100% and 80% at the lowest effective concentrations of 0.405mg/ml and 25mg/ml, respectively, indicating that the drugs have different cytotoxic effects on ECA. Comprehensive in vivo experiments speculate that the anti-tumor effect is related to the drug containing a certain amount of 3′-deoxynucleoside and Cordyceps polysaccharide, as well as the overall immune regulation of the drug and the maintenance of the relative balance of the body’s immune function. Cordyceps sinensis has a certain cytotoxicity, which is consistent with the reported strong cytotoxicity of cordycepin-resistant L1210.

Cordycepin (3′-deoxyadenosine), also known as cordycepin, cordycepin. It was first obtained by Cunningham et al. in 1951 in Cordycepsmilitaris (Link.) protoplasmic liquid, and this component has a variety of bioactive functions. Cordycepin currently mainly has the following production processes: